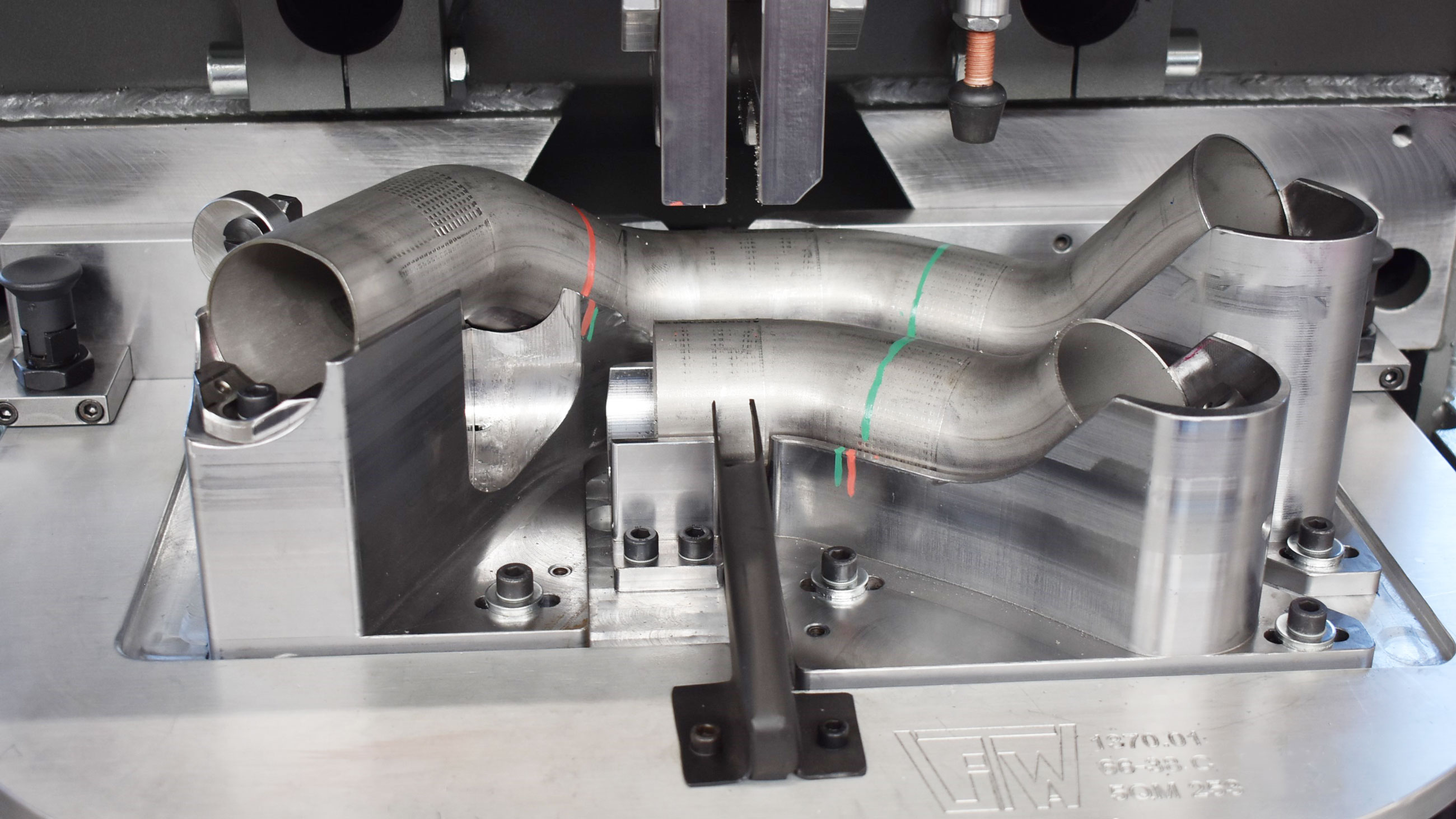 The saw part holder is a part-specific device for use in a circular saw machine.

This type of device is particularly suitable for holding workpieces with the most varied, even complex geometries such as three-dimensional bent tubes.

Depending on the requirements, similar cutting fixtures can also be offered for use in automatic cutting machines.

The saw part holders are usually used in conjunction with other devices and tools that are part of our product portfolio.

These would be e.g .:
Possible further combinations can be agreed with us. 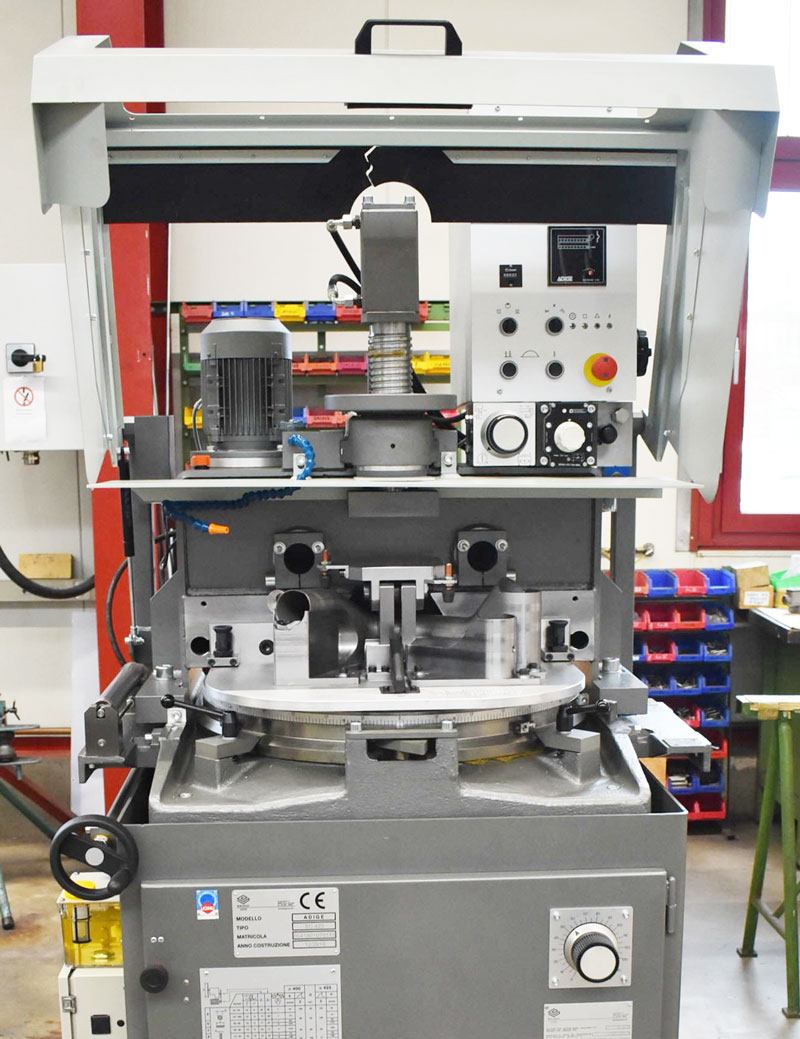 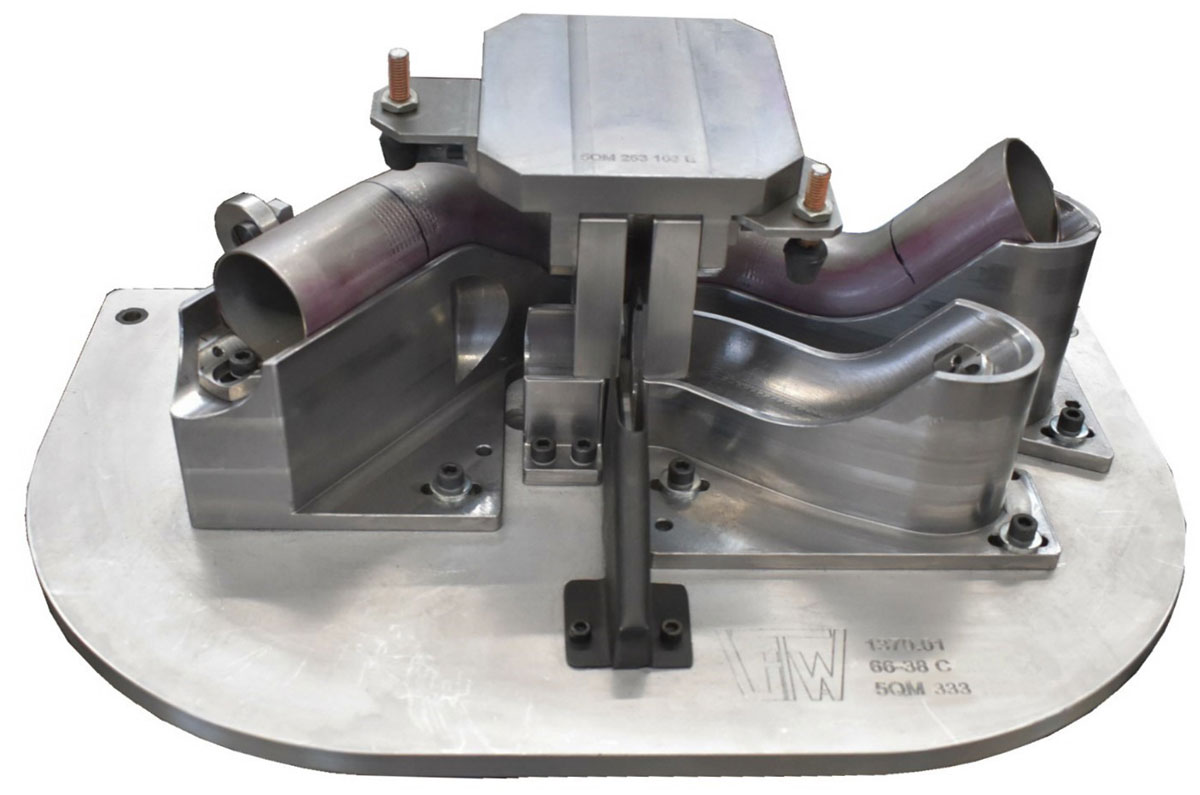 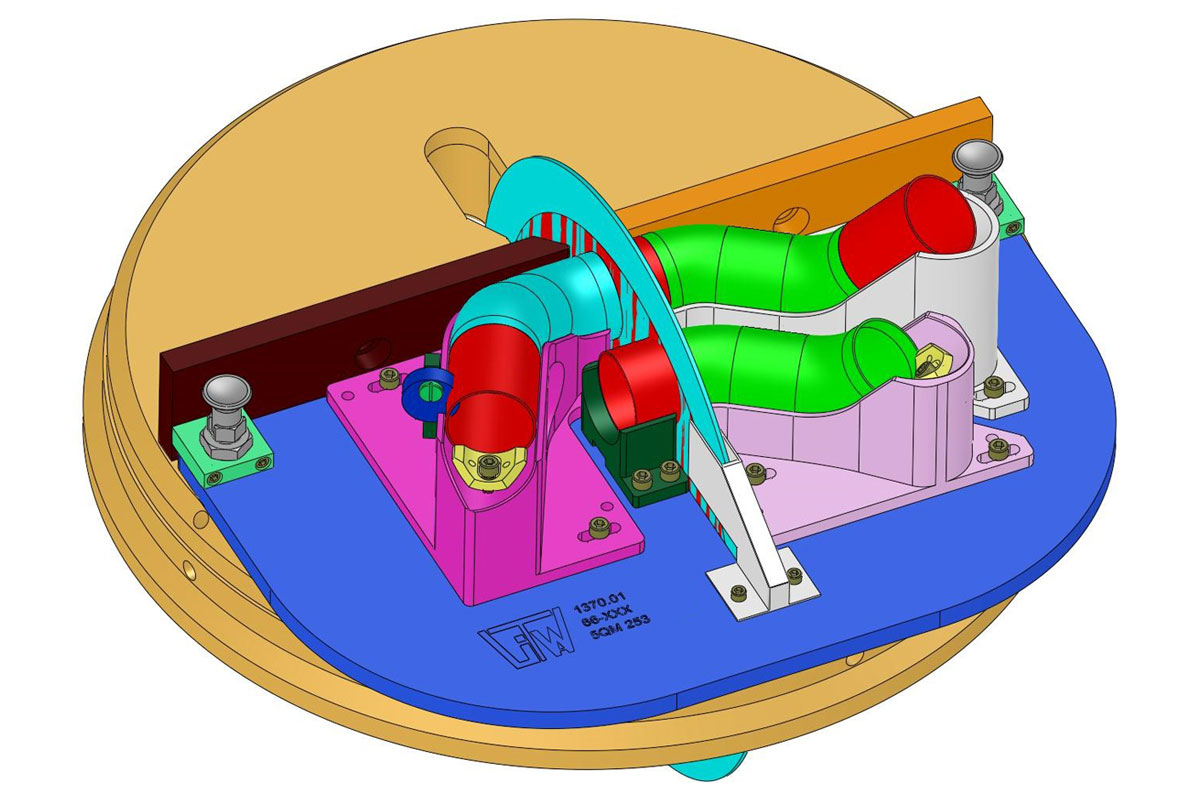 The saw part holder consists of an upper and a lower part.

The lower part of the device forms the partial receptacle into which the workpiece is inserted.

The contour in the form of pipe channels is incorporated into the part holder. This guarantees highest level of positional and repeat accuracy.
The holder can be placed on the machine table by hand. It is fixed by the use of two locking levers.

The upper part of the device is connected to the lifting spindle of the sawing machine via a screw connection and is used to clamp the workpiece during the machining process.

The simple assembly of the upper and lower part results in very short set-up times of less than ten minutes.
With the saw part holder shown in the picture, two cuts can be made in one working stroke:
This can then be checked on the (control) device shown, which also serves as a bending gauge for the pipe bent as a double part.

The workpiece length of the finished part is queried by the swiveling stops.
L I N N E N B R I N K 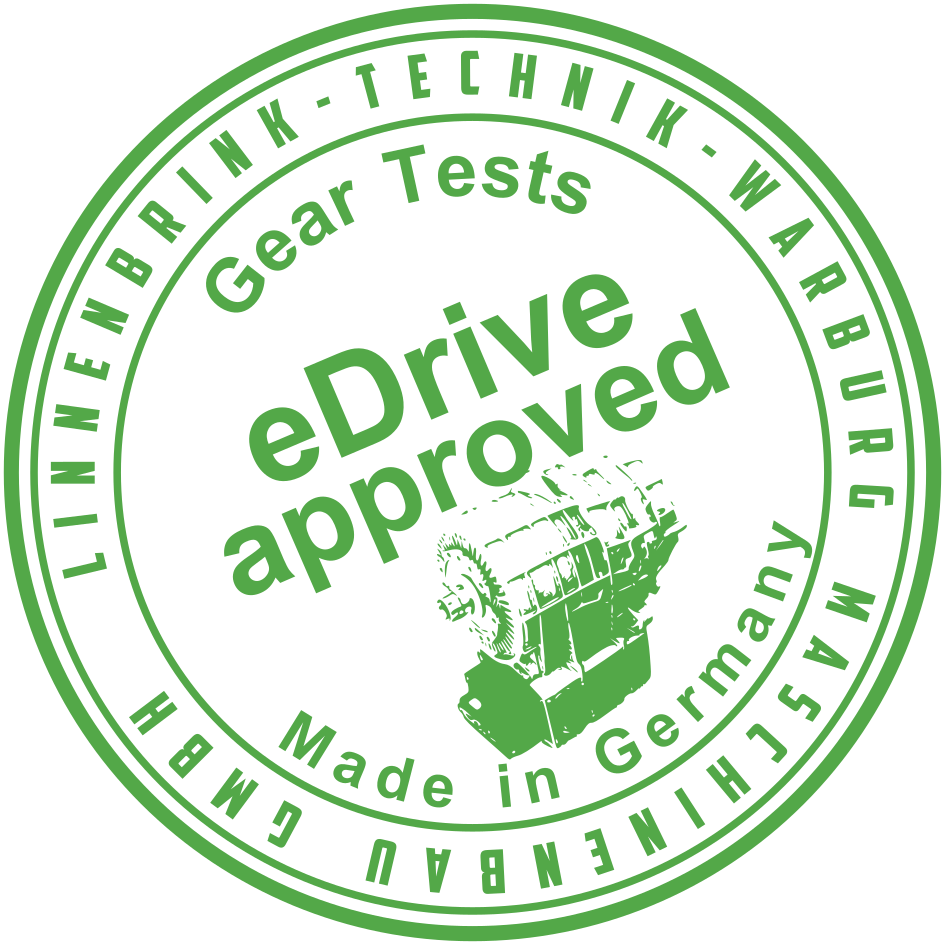